Get updates on the latest hurricane season and useful tips on how you can prepare.

Government organisations and hurricane management programmes begin their ‘Hurricane Preparedness’ assessments in early May before the summer storm season kicks off in the region.

In 2022, for the first time in seven years, the Atlantic hurricane season deviated from a pattern of pre-season storm activity to having no tropical storms developing before the start of June. However the NOAA Climate Prediction Center has predicted that the trend of above-average hurricane seasons in the Atlantic will continue for years to come.

When is Hurricane Season in the Cayman Islands?

The Atlantic hurricane season is from the 1st of June to the 30th of November every year. The peak months typically run from August through October, according to NOAA. 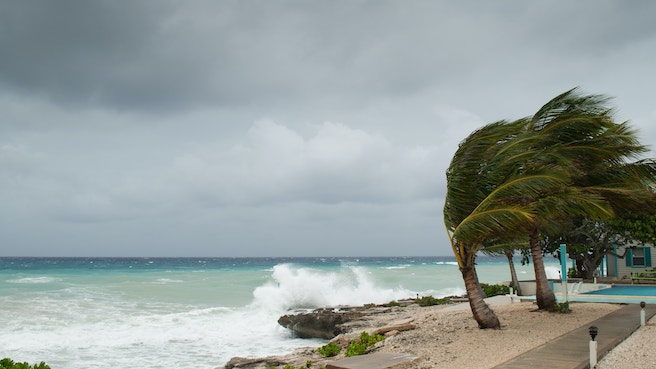 Though the NOAA’s outlook for the 2022 Atlantic hurricane season predicted a 65% chance of an above-normal season and a 10% chance of a below-normal season, the Cayman Islands all managed to escape significant damage. The year proved to be a less active than what was initially anticipated.

There was in fact 14 named storms, eight hurricanes and two major hurricanes (these were Fiona and Ian).

On 26th September 2022, Hurricane Ian brushed past the Cayman Islands, it's closest point being 85 miles west of Grand Cayman. Though damaged was certainly done to parts of the Island, Grand Cayman came out, largely, unscathed. After passing the Cayman Islands, Ian made its way across the northwest of Cuba before pummeling Florida with the strength of a Category 4 hurricane.

Download the Cayman Islands National Emergency Notification System to receive direct alerts in the event of a disaster or emergency. 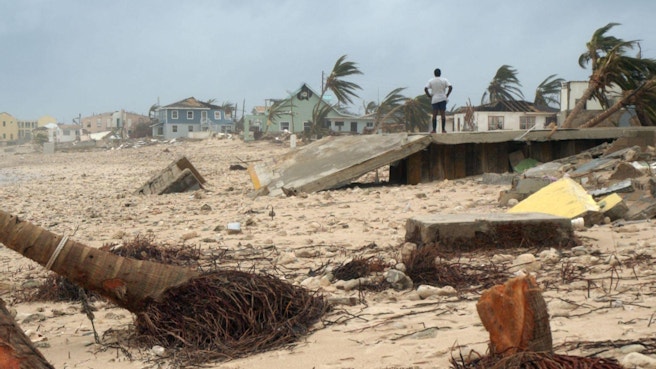 Protecting Your Boat in a Hurricane

Here are a few useful tips when preparing for the hurricane:

Carefully assess your home. Start by ensuring that trees are gently pruned (if necessary), especially if they are close to power lines or water pipes. This will minimise damage to your electricity and water supply from debris and uprooted plants. Never attempt to cut branches close to power lines yourself; call CUC on Tel: (345) 949 5200 and their Customer Service Department will send a team to evaluate your property and trim any potential hazards. You should also ask your gardener or strata maintenance to remove coconuts as they become dangerous missiles in high winds and a threat to your home.

Go through the ‘Things To Do’ Checklist leading up to a storm and ensure that you turn off your main breaker and unplug appliances to prevent electrical damage from lightning and power surges. Cayman is a small, flat island so sea levels can rise during storm surge. In the event of a major hurricane (category three or above), move to at least 10ft above sea level (the storm surge during Ivan was measured at 8-10ft). If possible find higher ground to park your car and boat.

Make plans to be without power for 5–7 days, though it could be even longer. After Hurricane Ivan, it took 3–8 weeks for electricity and landline telephones and about 1–2 weeks for water supplies to be restored to most parts of Cayman. You should have an emergency supply of canned food and water that will last for at least a week. It is advised to store a gallon of water per day for each person in your house. To keep drinking water cool, store containers in dark locations. Also, having a portable radio with extra batteries on hand is very important. Radio Cayman 89.9FM is a good radio station for hurricane information and updates on how the storm is progressing, although your favourite radio station will also keep you updated.

Preparation is the key – it’s too late to install hurricane shutters or a generator during the hurricane season as parts take time to order and install. When a hurricane is imminent, it is too late to measure up and try to fit plywood shutters or to buy supply kits, as other people will be doing the same and supplies may run short. It is also too late to think about saving your personal items, important documents, filling the car gas tank and water containers or withdrawing money from the bank when a hurricane is imminent, as the water and power may be turned off 12 hours before the hurricane hits! Remember that weather conditions will turn wet and windy well before the hurricane is due to hit, so your preparations will be further hampered.

Take out enough cash to last you for a few weeks, as no one will take personal cheques after a storm, ATM machines may not work and banks could ration cash withdrawals.

Decide where you are going to stay for the duration of a hurricane well ahead of time. If your home is strong, elevated and away from the coastline, then it is probably the best place to ride out a storm. Check with neighbours ahead of time and ask about the vulnerability of the surrounding area in which you live. If you decide that it is safe to stay in your home, find the safest areas in your house and potential escape routes as well. If you determine that your property is not strong enough (or if the location in which you live makes it vulnerable) then plan to evacuate. Low-lying areas or areas prone to flooding are at particular risk.

Many people are often able to take shelter at their place of work or at a friend’s house on higher ground. Hurricane shelters are certainly an option to consider and a list of locations are available on our Hurricane Shelters page or the Cayman Prepared website (www.caymanprepared.gov.ky).

A very good hurricane information pack is available from Hazard Management and can be downloaded from www.caymanprepared.gov.ky.