Back to Colleges & Tertiary Education

About University of the West Indies (Open Campus)

The University of the West Indies (The UWI) is now ranked in the top 1.5% of universities across the world by Times Higher Education 2022. The UWI evolved from the University College of the West Indies (UCWI) which was established in 1948 by Royal Charter on the recommendation of a special commission comprising the Vice Chancellors of the United Kingdom Universities. In 1962 when the UCWI relinquished its affiliation to the University of London, The UWI was incorporated by Royal Charter as an independent, autonomous institution granting its own degree programmes. The UWI is one of two regional higher educational institutions in the world and now has a student population of over 70,000; it is the largest, most longstanding higher education provider in the Commonwealth Caribbean, serving 17 English-speaking countries and territories in the Caribbean with faculty and students from more than 40 countries worldwide. The University has collaborative links with over 160 universities globally, offering undergraduate and postgraduate degree options in Engineering, Law, Medical Sciences, Food and Agriculture, Humanities and Education, Science and Technology and Social Sciences.

The UWI Open Campus
The UWI Open Campus (UWIOC) is one of the five campuses of The UWI and was established in 2008. It was designed to increase the range, expand the scope and improve access to the University’s programmes. It is an amalgamation of the former outreach entities within the University, which drew on the wider University’s expertise in the provision of research, distance and higher education services in the Caribbean. The UWI Open Campus currently has a student population of over 20,000, with 8000 students enrolled in its online programmes and approximately 15,000 pursuing short and Continuing & Professional Education courses. There are currently 44 site locations of the UWIOC in the region, serving 17 countries in the English-speaking Caribbean, of which, The UWI Open Campus Cayman Site is one.

The UWI Open Campus Cayman Site not only facilitates formal education and training, but is extensively involved in a number of community development outreach programmes in the Cayman Islands . This includes its integral involvement in Prison Education in the Her Majesty’s Cayman Islands Prison Service (HMCIPS) in which both inmates and Education Officers are provided access to higher education. This initiative is well supported by the Government of the Cayman Islands.

The Open Campus has developed a unique approach to education through undergraduate, postgraduate and continuing education study programmes and courses by distance, blended, online and face-to-face learning modes.

All their degrees and programmes are designed in response to the changing education and training requirements of the communities across the Caribbean region.

For programmes commencing in January each year the application period is between September 1st - December 6th approximately. 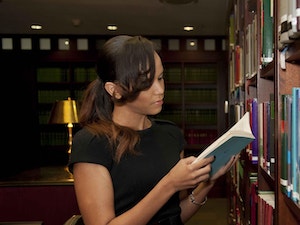 International College of the Cayman Islands

The birthplace of higher education in Cayman. The college has awarded certificates, Associate's, Bachelor’s and Master's degrees.

Situated in George Town, Grand Cayman, the TBLS is affiliated with the University of Liverpool (UK) and offers the LLB, the LLM and PPC.