The Children's Clinic and Family Practice

Dr. Gordon Smith was born and raised in the West of Scotland, educated at the University of Glasgow and graduated in 1978, winning the prize in child health as an undergraduate.

After initial house officer jobs he started training in Pediatrics (Paediatrics) in Leicester, Leeds and Dundee in the United Kingdom, then undertook a fellowship in Neonatology in Vancouver, Canada.

He then changed tack and underwent further training in general practice and dive medicine in Scotland.

He moved to Grand Cayman in 1992, and established a practice which is mainly Neonatology/Pediatrics (Paediatrics) and also General Practice and Dive Medicine.

He moved in to his own purpose built premises in 2001, he has been increasingly busy since 2005 and established the first multi-doctor children’s clinic in 2010.

Over the past 22 years in Grand Cayman, he has attended over 3000 deliveries and is now experiencing some of his early patients entering parenthood themselves.

His main outside interests are golf, swimming, windsurfing and family life. 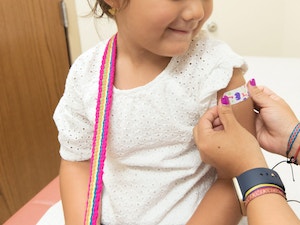 Dr Alice Blavo is a Paediatrician in the Cayman Islands.