Dr. Binoy Chattuparambil is a senior cardiothoracic, vascular surgeon and Cardiac Doctor with over 20 years of experience. As Chief Cardiac Surgeon of Health City Cayman Islands, Dr. Binoy performs surgeries on both adults and children including heart revascularization, treatment of congenital abnormalities and other diseases of the vascular systems.

Dr. Binoy joined Narayana Health (NH) in 2001 after completing his advanced training in cardiothoracic and vascular surgery. He worked as a senior registrar at the Royal Prince Alfred Hospital, Sydney, Australia, between 2004 and 2007, and then rejoined NH in 2007 as a consultant. He is currently in charge of the Pulmonary Thromboendarterectomy and Extracorporeal Membrane Oxygenation (ECMO) programs at NH and also served as the past president of the ECMO Society of India. 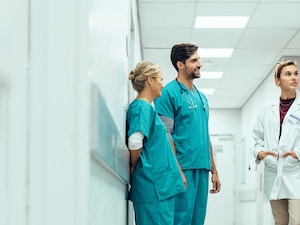 Devoted to providing you with a world class healthcare treatment. Helping you meet your health expectations.